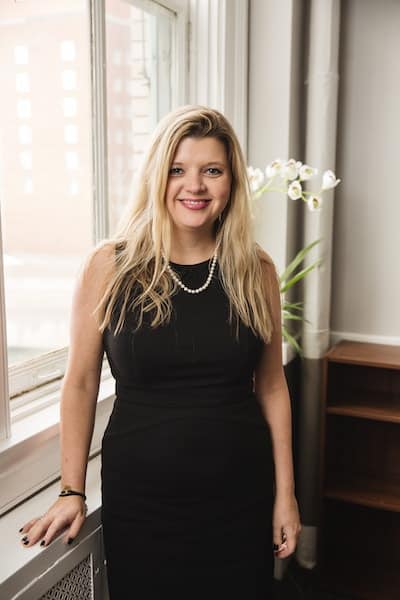 Lorraine R. Silverman is a Partner with Copps DiPaola Silverman, PLLC. She practices exclusively in the field of matrimonial and family law and represents individuals in the negotiation and litigation of all family law matters, including, but not limited to divorce, child custody, child support, spousal support, domestic violence matters, intimate partner companion animal (“pet”) custody disputes, intimate partner real / personal property disputes, and prenuptial and postnuptial agreements. She has extensive experience representing clients in both Supreme and Family Court. As part of her practice, Ms. Silverman also serves as an Attorney for Children in Albany County. Ms. Silverman was selected as an Upstate New York Rising Star by Super Lawyers Magazine in 2016, 2017, 2018 and 2019.

Ms. Silverman resides in Delmar, New York with her husband, Adam, their son, and their dog, Finley.

New York State Bar Association: Member of the Committee on Children & the Law

Albany County Bar Association: Member of the Board of Directors and Co-Chair of the Pro Bono Committee

Schools Out, Inc.: President of Board of Directors

Successful in multiple cases in obtaining Orders of Protection of various length on behalf of clients.

Successful in obtaining extension of active family court order of protection, in accordance with statute, for “good cause” shown.

Following very lengthy and contentious litigation, successfully negotiated a child support and spousal maintenance award that was above the guidelines amount.

Successfully resolved divorce and custody matter for Client with a three-parent adoption, terminating rights of opposing party (by agreement).

Successfully negotiated and drafted comprehensive custodial schedule for client to co-own and co-parent a dog following a breakup.

Society of Financial Professionals: Planning for Divorce (May 2019)

Various other programs for The Legal Project, Empire Justice Center, and other community organizations

Selected to a two-year post graduate clinical fellowship position with Albany Law School where she worked exclusively in the field of family law with the co-author of the treatise of N.Y. Law of Domestic Violence.

School’s Out, Inc. of Bethlehem, NY

President – Board of Directors

Secretary to the Convention (2018)

PLEASE BE ADVISED: Email communications to Copps DiPaola Silverman, PLLC, or our attorneys or our staff, through this email address, will not create an attorney-client relationship between you and the Firm if one does not already exist. Please do not send any privileged or confidential information to the Firm through this email address. We cannot assure you that any communication will be considered confidential or privileged as to any matter in which we do not already represent you. The receipt of information from you will not prevent the Firm from representing someone else whose interests may be adverse to your own.