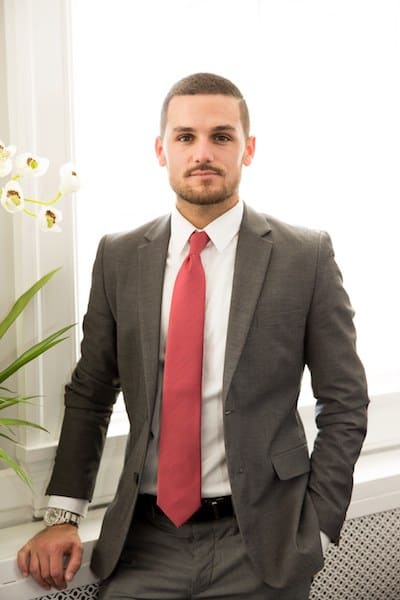 Joseph R. Williams practices primarily in the fields of matrimonial, family, and adoption law. Mr. Williams represents individuals in the negotiation and litigation of separation, divorce, child custody, support, and domestic violence matters, as well as all areas of adoption law, including private adoptions, voluntary agency adoptions, foster care adoptions and step/second parent adoptions. He has extensive experience representing clients in the Supreme, Surrogates and Family Courts throughout the Capital District.

Prior to joining Copps DiPaola Silverman, PLLC, Mr. Williams’s private practice focused exclusively upon the representation of individuals in divorce and family law matters. Mr. Williams worked at another boutique family law firm in the Capital District, devoting his time to the representation of clients in a wide array of complex matrimonial and family law matters, with a special emphasis on contested custody and domestic violence cases, as well as matrimonial and family appeals.

Prior to private practice, Mr. Williams worked at a not-for-profit civil legal services agency providing representation to the poor and working poor of the Capital District. While working with this organization, Mr. Williams focused exclusively upon the representation on individuals in divorce and family law matters involving complex issues of domestic and/or intimate partner violence.

Mr. Williams is a two-time recipient of the Albany Law School Equality & Justice Scholarship for his work in advocating for equal rights and justice, particularly for members of the LGBT community. Mr. Williams was appointed to serve as a member of the New York State Bar Association’s Committee on LGBT People and the Law and the Capital District Women’s Bar Association’s LGBT Committee. Mr. Williams is also a recipient of the Albany Law School Kate Stoneman Award for his commitment to equality and justice in the legal profession. Mr. Williams’ writing on LGBT equality in the criminal justice system is published in Volume 78 of the Albany Law Review (“I Don’t Like Gays, Okay?” Use of the ‘Gay Panic’ Murder Defense in Modern American Courtrooms: The Ultimate Miscarriage of Justice, 78 Alb. L. Rev. 101 (2015)). Mr. Williams has also provided educational trainings for the community on topics such as “LGBT Domestic Violence,” “The Ins and Outs of Child Support,” and domestic violence sensitivity trainings. Mr. Williams was also recently appointed to serve on the assigned appellate panel for the New York State Appellate Division, Third Judicial Department, representing individuals in a wide variety of family law appeals.

Appointed by Presiding Justice of the Appellate Division, Third Department, Elizabeth A. Garry, to serve on the Board of Governors for the New York State Attorney-Client Fee Dispute Resolution Program

Recipient of the Stanley A. Rosen Memorial Award for Service to Victims of Domestic Violence, April 2019.

PLEASE BE ADVISED: Email communications to Copps DiPaola Silverman, PLLC, or our attorneys or our staff, through this email address, will not create an attorney-client relationship between you and the Firm if one does not already exist. Please do not send any privileged or confidential information to the Firm through this email address. We cannot assure you that any communication will be considered confidential or privileged as to any matter in which we do not already represent you. The receipt of information from you will not prevent the Firm from representing someone else whose interests may be adverse to your own.